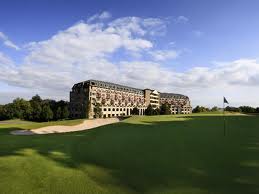 Sir Terry Matthews has announced that he will be beginning to turn the Celtic Manor and Usk Valley into a model organic paradise.

The South Wales business giant already sources organic food for the Celtic Manor Resort’s catering operations, including over 3000 local organic turkeys over the Christmas period. According to Sir Terry the ‘natural progression’ was to move on to growing his own. As such a big local landowner and big-name influencer Sir Terry is probably uniquely placed to head a crusade for more organic food – the purchasing power and brand recognition of the Celtic Manor are unmatched within South Wales, and well-known even further afield thanks to the 2010 Ryder Cup.

Sir Terry has hinted that within the next 10 years there will be a model organic farm open to visitors, where children can feed animals, and the Celtic Manor’s food operation will be entirely organic. This is a big claim for such a huge resort, but represents the quality that people expect from such a high-end hotel.

I like organic food – I love the idea of taking less artificial chemicals and pesticides in my diet. The problem is that it is so difficult to source reliably and at a comparable price – it still is a high-ticket item with a mark-up way beyond the difference in production costs. Attempts to grow my own never seem to end particularly well either – I am about as non-green fingered as it is possible to get!

I have to applaud what Sir Terry is doing, and hopefully with organic food more readily available in the local area prices will come down dramatically. We can hope, anyway!