← Back to Blog
Hashtags on Facebook - Good idea or bandwagon? 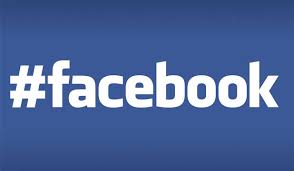 So I found out today that facebook has finally decided to join in with the rest of the social media behemoths and offer searchable hashtags. This will come as a welcome feature for many people – primarily those who already added hashtags on facebook despite the fact they didn’t do anything, and those who were annoyed by this pointless trend (since the hashtags will now work).

However, it adds a whole new dimension to the ‘privacy’ argument as the hashtags will be searchable to the public by default. I know plenty of people who are a bit paranoid about their facebook privacy, and some people who seem to be completely happy to broadcast their life publicly. Apparently the setting will be tweakable so that your hashtagged posts can still only be searched by friends, or not at all, but then this seems to defeat the point of hashtags in the first place – on twitter and G+ they seem to be used mostly to track public trends.

I think we’re just going to have to see what facebook do with it – they seem to change their mind every 5 minutes anyway so it will probably have a lot of betas and changes before they settle into a more long-term pattern. How do you think the new hashtags will work? Is it a good idea, or just facebook jumping on the bandwagon?